My 7 yr old son asked me to make origami birds with him last night.  He had taken a book out of the library at school with the steps to make it and he was so eager to do so!  So we  set out to folding and 23 folding steps and 30 minutes later, we had these sweet origami birds made!

I am entering this bird in the Crafty Creations Challenge as he is so proud of it! As am I, of him!  He did each step on his own; as he watched me try a fold, he would do the same on his.  I had to read the steps since they were in french.  He is a crafty little guy!! 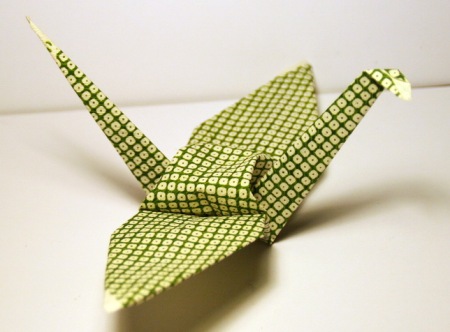 and here they are ‘flying’!!

Ronin would love to hear what you think of these fancy fold origami birds!

Thanks for stopping by and have a creative day!